The deadline has passed

The Sandpoint City Council will be considering whether to put a new Resort City Local Option Sales Tax of 1% to a public vote in November to support the design and construction of four park concepts included in the City's recently adopted Parks and Recreation Master Plan during a special meeting on September 8th.  Before making this decision, the mayor and council are seeking public input on community support for this action and associated priorities. Please click on the survey link below to complete a brief survey and share your opinion.  Its only 11 short questions and will take about five minutes.  Thank you in advance for your participation!

WHAT IS A RESORT CITY LOCAL OPTION TAX?

The State of Idaho grants authority to resort city residents to approve non-property resort city taxes but it requires a super majority approval vote (Idaho Statute 50-144).  Currently, only fourteen Idaho cities are considered resort cities and Sandpoint is one of them.  A resort city "is a city that receives from the major portion of its economic well-being from businesses catering to recreational needs and meeting needs of people traveling to that destination city for an extended period of time" and has a population determined by the census of less than 10,000.  In other words, the State of Idaho has given authority to residents of small tourist destination cities to implement taxes by a supermajority vote that will tax the tourists and others who live outside city limits to provide revenues for city infrastructure and services that would otherwise only be supported by city residents.    Sandpoint currently has a voter-approved Local Option Tax on lodging which supports public safety and parks/recreation services such as the lifeguards at City Beach.  Sandpoint voters approved a Local Option 1% Sales Tax in November, 2015 for the period of January 1, 2016 - December 31, 2020 to support the capital renovations completed at War Memorial Field and the parking lot/boat launch.  Our neighboring city of Ponderay is one of the 14 Idaho cities with a voter-approved Resort City Local Option Sales Tax.

The Sandpoint Parks and Recreation Master Plan was adopted by the City County in the fall of 2020 and you can review the document in full by clicking here.  This plan includes site plan concepts for four city properties as shown below.

WHY IS A NEW TAX BEING CONSIDERED NOW?

After an unprecedented amount of community engagement (17 public meetings, two public forums, several Council workshops, 67 stakeholder interviews and more than 1,100 community surveys), the Sandpoint City Council adopted a bold 2-year Parks and Recreation Master Plan.  With the completion of the promised improvements at War Memorial Field, including the stadium, parking lot and boat launch, it is time to implement a funding plan to begin work on the new master plan and the site plans in it.  With increasing amounts of infrastructure grant funding coming available as soon as early 2022, this is our opportunity to use tourist dollars to leverage even more funding for much needed community park improvements and updates. 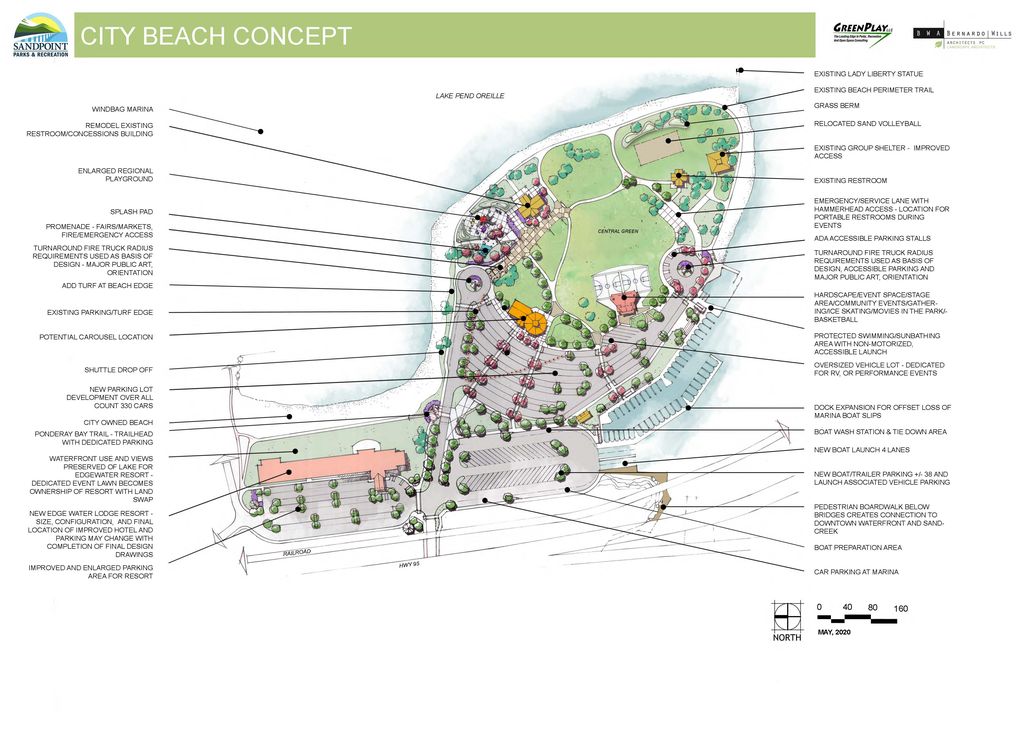 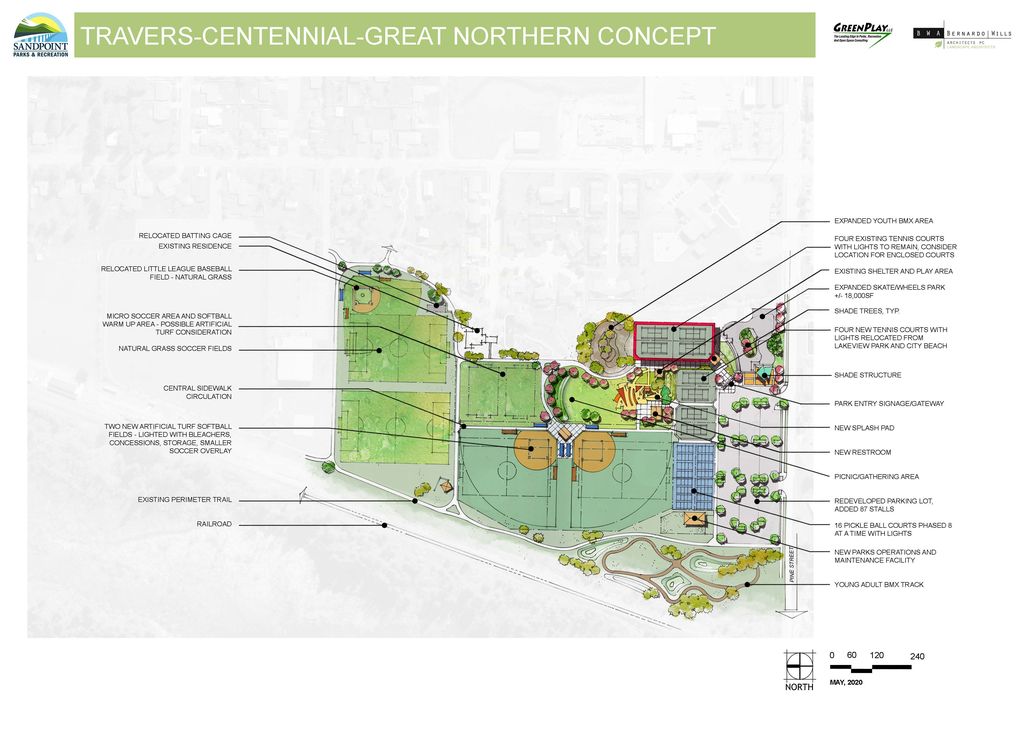 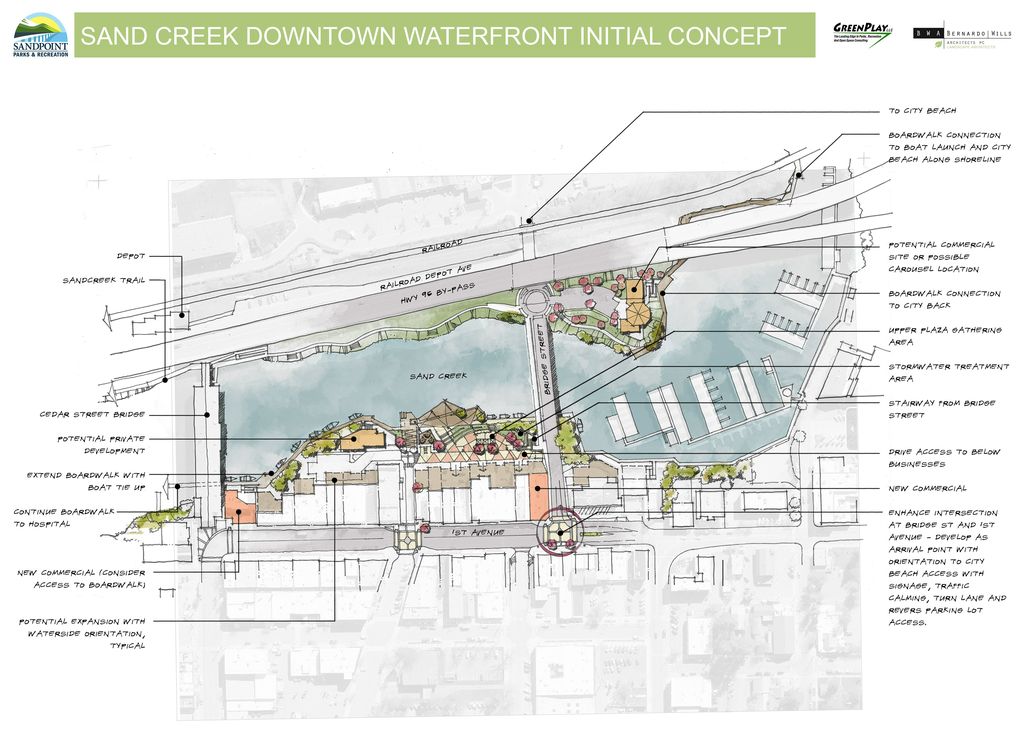 WAR MEMORIAL FIELD CONCEPT PLAN - improvements at Memorial Field were completed with the previous Local Option Sales Tax approved by voters and those funds were leveraged with an additional $700,000 in grant funds to construct the new boat launch, ADA-accessible non-motorized launch, pathway, restroom and significantly improved stormwater management.  The next phase of the boat dock improvements and additions will occur in 2022.  Remaining elements that would be supported with a new LOT sales tax include the dog park and installation of a new baseball/softball storage facility and dugouts at War Memorial. 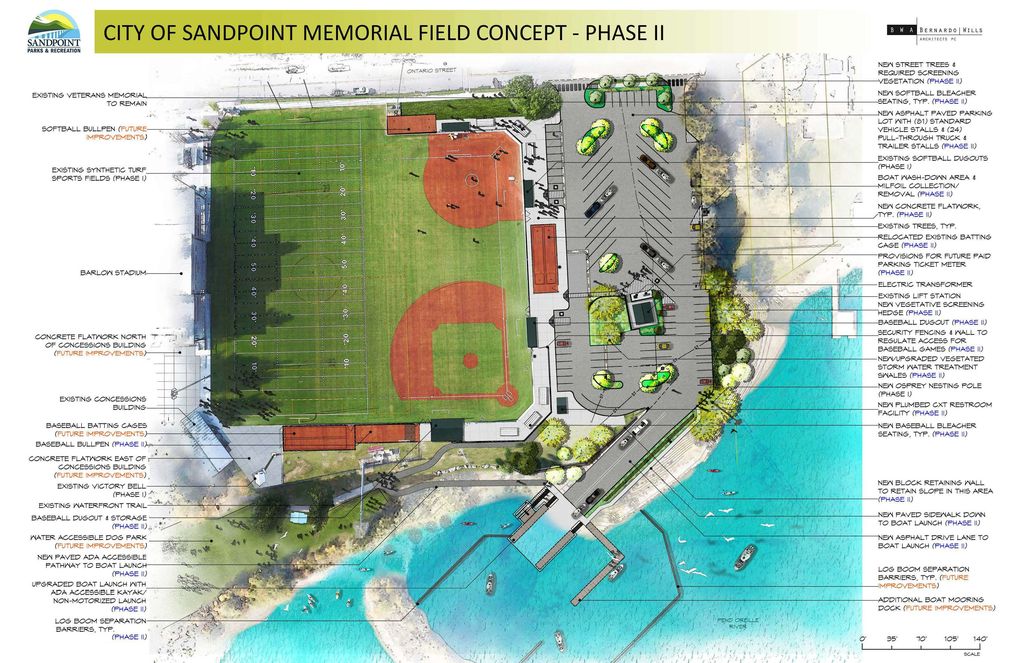