Tell us what you think of the updated concept plan

Montgomery Parks is in the final stages of collecting input on the Silver Spring Intermediate Neighborhood Park Improvement Plan.  The goal of the improvement plan is to refresh the park to meet accessibility and environmental requirements and better address the community's current and future needs.

Community meetings were held on April 18, 2018 and June 12, 2018, followed by open comment periods on Open Town Hall.  More information on the previous meetings can be found on the Park project page..

In January 2019, a concept plan was presented on Open Town Hall based on feedback from the previous community meetings.  During this open comment period, Montgomery Parks received requests for a multi-purpose court.  A quarter of the participants requested that a futsal court be included in the plans.   Montgomery Parks revisited the courts within a one-mile walking distance from the site.  A total of nine tennis courts exist, but there are no futsal opportunities were located within the area.

Since there are no other planned or funded park renovation projects in this area in the immediate future, the proposed improvements at Silver Spring Intermediate Park provide an excellent opportunity to meet the community's need by adding a futsal court. The court will increase the area's equity and the park's ability to serve more people with different needs while maintaining the park's unique character of open space and mature trees. Accordingly, Parks proposes to convert one tennis court to a futsal court in response to the community's feedback.

The project team has also met with Takoma Park City's Urban Arborist and Montgomery County Planning Department's Forest Conservation plan reviewer, and made additional adjustments to the previous concept plan to better protect the significant trees in the park.

On May 29, 2019, Montgomery Parks held a third community meeting to present updates to the improvement plan.  The updated conceptual plan remains mostly the same as the plan that was shared in January 2019 on Open Town Hall. The goal of the improvement plan is to provide accessible walkway to link the park entrances and amenities, and to resolve storm drainage issue. Changes that are reflect in this updated plan include adding more functions to the multi-purpose courts, adjusting the layout of the walkway around the courts, and adjusting the layout around the playground to better protect the existing trees.

The improvements in the overall design include: 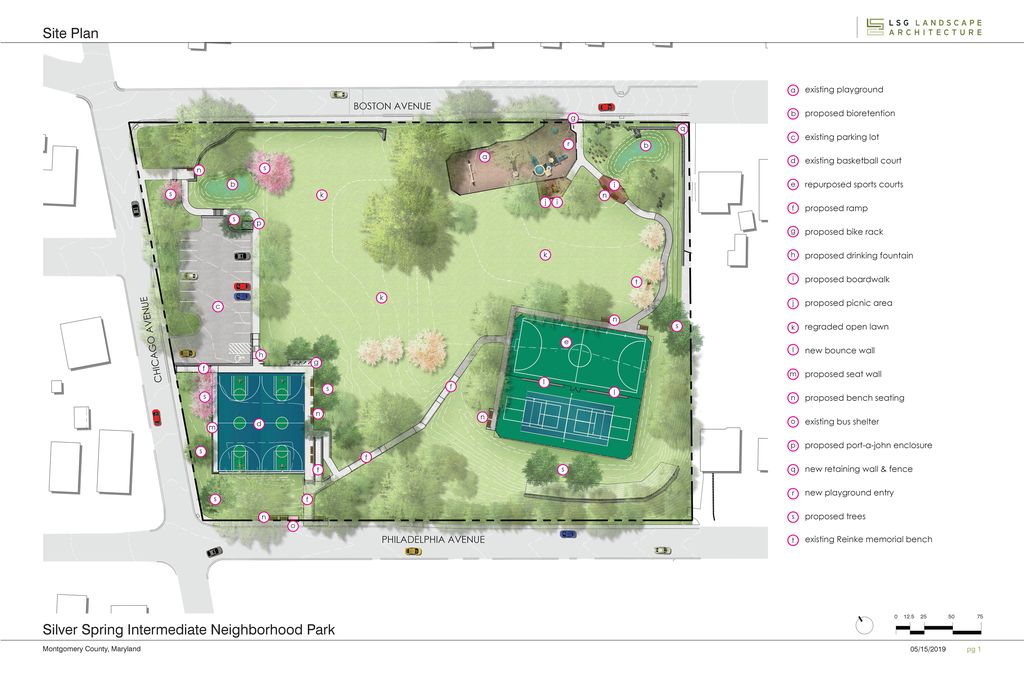 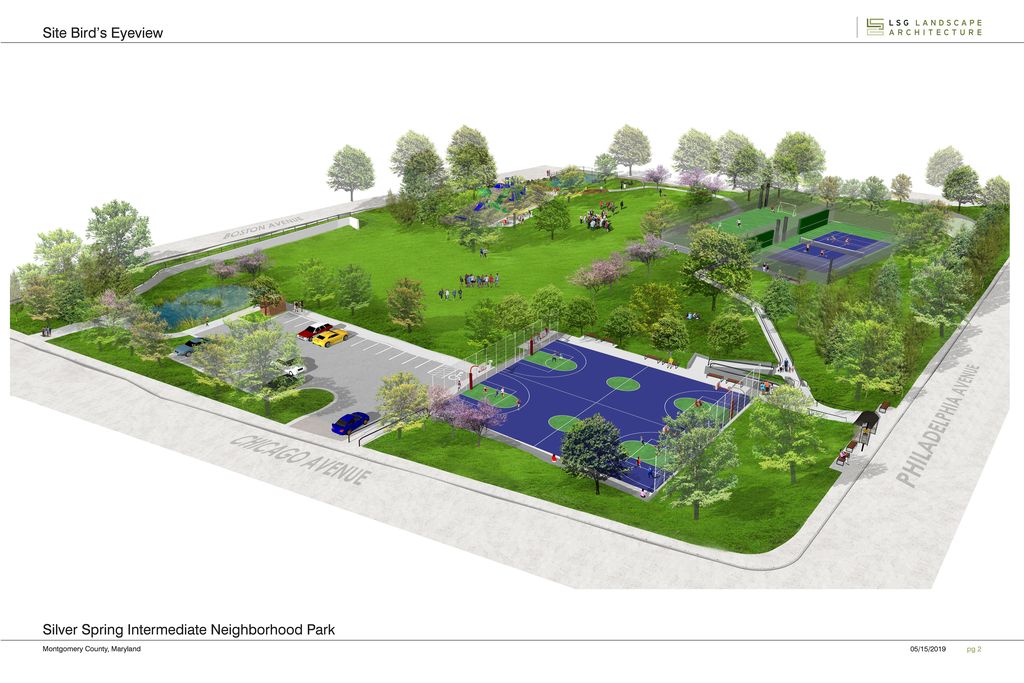 The newly proposed multi-purpose courts will have a new chain link fence in the center line to divide the courts into two areas. One side of the fence has lines and a net for tennis, as well as painted lines for pickleball. The other side of the fence has painted lines for futsal. The backstop walls will be installed on both sides of the central fence so people practicing tennis can use either court. Each court has its own gate entrance, and there is a double swing gate in the middle of the central fence to link the two courts together. The multi-purpose courts will not be permitted but used as first come first served courts.

We encourage and welcome your feedback of the updated improvement plan. Comments are being accepted until July 8, 2019.