Montgomery Parks is in the final stage of collecting input on the Silver Spring Intermediate Neighborhood Park Improvement Plan.  The goal of the improvement plan is to refresh the park to meet accessibility and environmental requirements and better address the community's current and future needs. The recreational facilities will stay and receive improvements as necessary.

An initial community meeting was held on April 18, 2018, followed by an open comment period for public input.   Based on the feedback collected, Montgomery Parks presented four potential site plans to the public at a second community meeting on June 12, 2018.  Information from the previous community meetings is available on the park project page.

At the June 12, 2018 meeting, attendees voted for Option 2 as the most popular among the four options presented. During the subsequent Open Town Hall survey period, Option 4, which is similar to Option 2 but with more amenities and grading changes proposed, was voted as the most popular option by survey participants.  The four options that were presented can be viewed here.

Based on feedback received during and after the April 18, 2018 and June 12, 2018, community meetings and Open Town Hall public comment periods, Montgomery Parks hired a consultant in September 2018 to study the two most popular options and develop the conceptual final site plan.  The focus of the plan is to provide an accessible walkway to link the park entrances and amenities, and to resolve storm drainage issues. Montgomery Parks welcomes the community’s feedback on the conceptual site plan as we move forward with detailed design.   Comments are being accepted until Feb 18, 2019.

The improvements in the final conceptual design include: 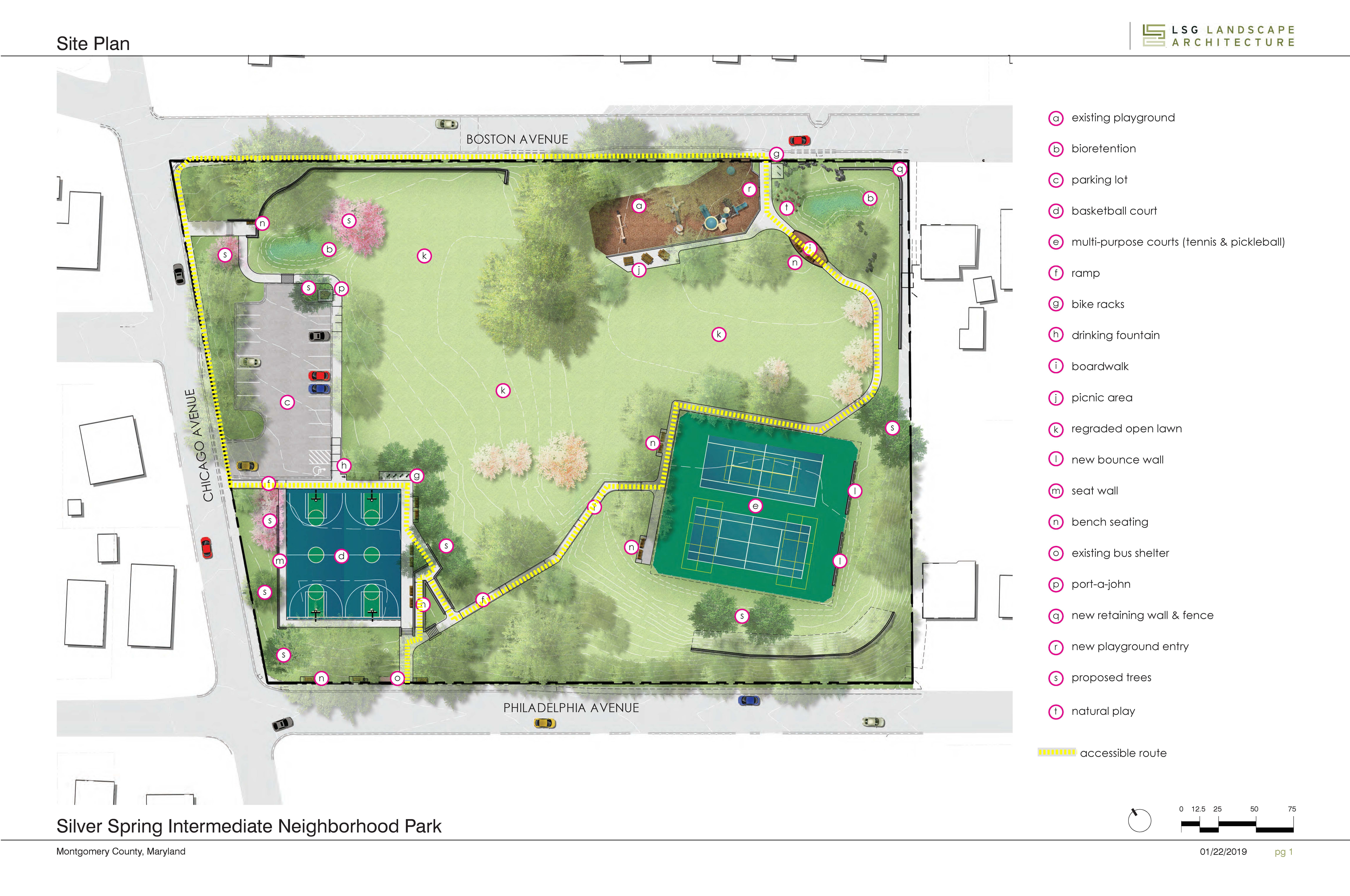 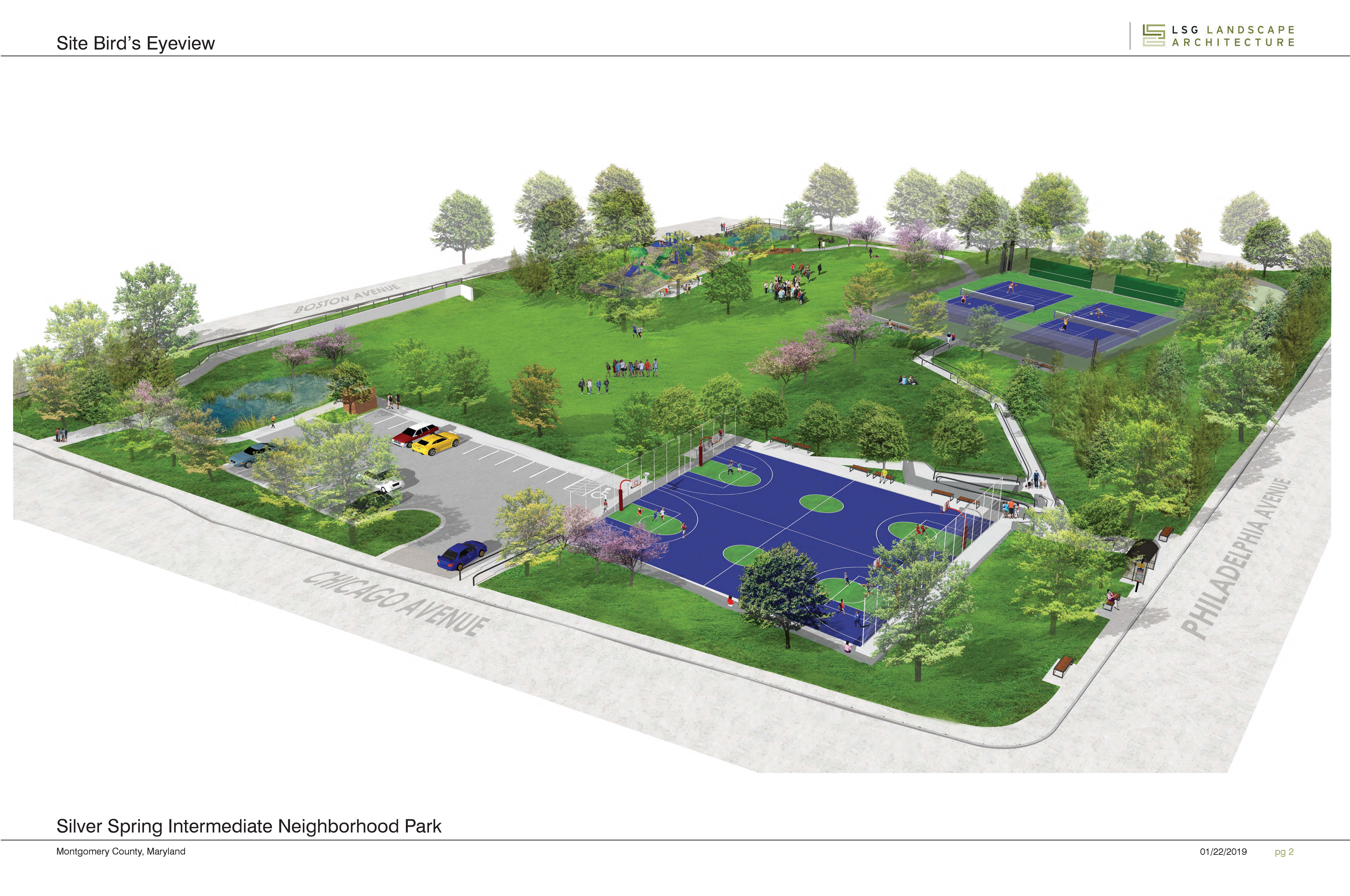 In the previous Open Town Hall survey, many people expressed interest in a small-sided soccer court, to be incorporated into the existing tennis courts. Montgomery Parks conducted a one-month observation of four nearby local and neighborhood park tennis courts  to understand the court usage.  Among the four nearby parks observed, tennis court usage at Silver Spring Intermediate Neighborhood Park (SSI-NP) was the highest. The study data is available to review here. Montgomery Parks concluded that SSI-NP tennis courts have sufficient tennis use to not warrant any conversion of these courts.  Montgomery Parks Planning Division will be conducting a County wide study of sports courts to determine suitable sites for small-sided soccer courts.

We encourage and welcome your comments on the final conceptual design of the park renovation.  Comments are being accepted until Feb 18, 2019.

This topic has 469 visitors and 57 responses.