Which plan for Columbia Local Park do you like best?

Montgomery Parks is looking to activate the northern portion of Columbia Local Park and we need your help determining the best use of the space.  Parks staff developed three site plan options based on input received at a previous community meeting held on April 24, 2018.

Please vote on your favorite option and provide any additional comments for further improving these plans.  While all park users are encouraged to vote on their favorite option, special consideration will be given to residents of the neighborhoods adjacent to the park.  Voting will be open until July 17.  Parks staff will use public input to inform a Facility Plan to be presented to the Planning Board this fall. 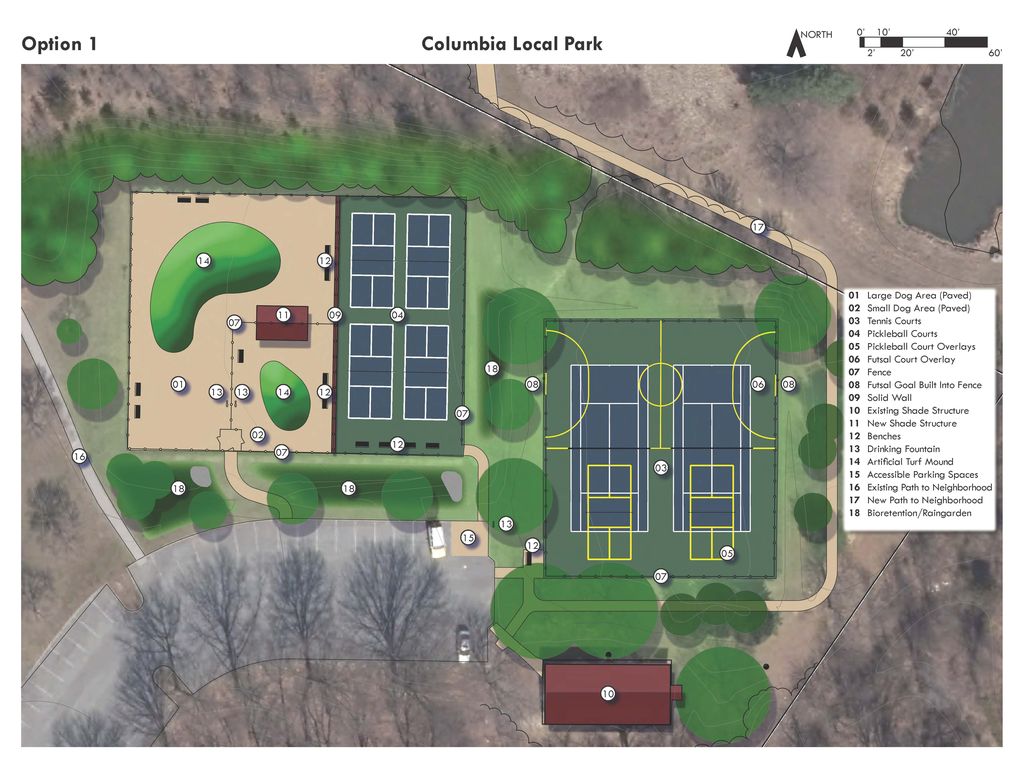 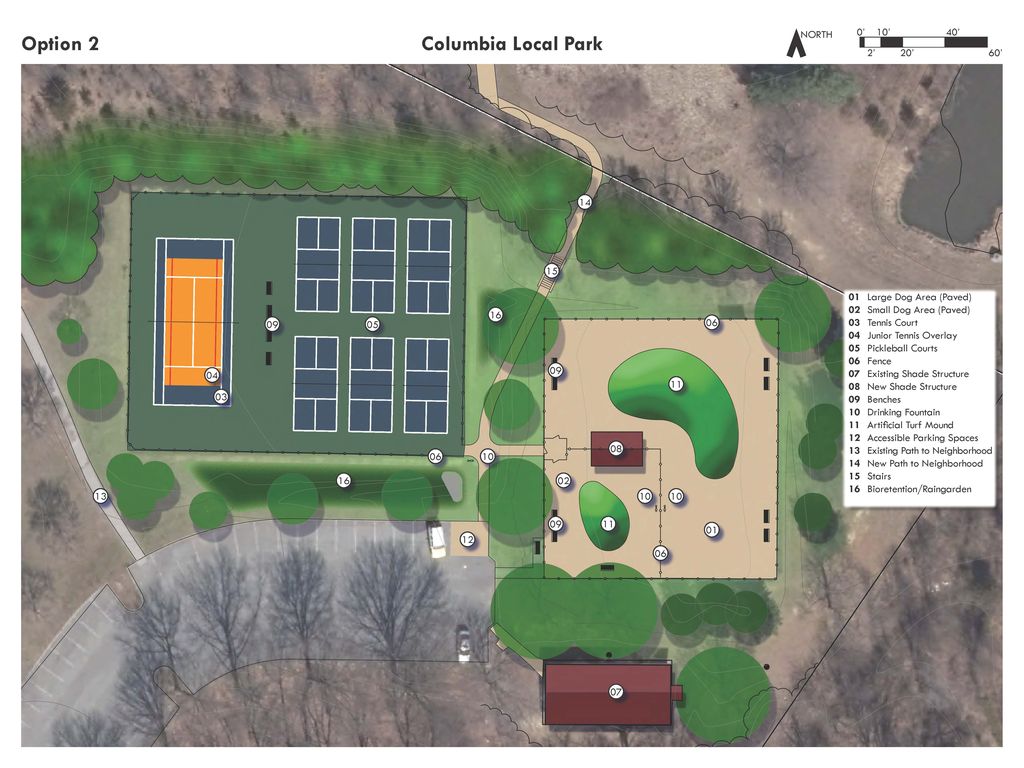 Option 2- This option proposes to convert the two existing tennis courts into a dog park with small dog area, large dog area, benches, shade structure and drinking fountains.  The open paved area would be converted into six pickleball courts and one tennis court with a junior tennis overlay.  Benches would separate the tennis court from the pickleball courts and a new drinking fountain would go just outside the court area.  A new path with stairs would come between the dog park and the court area, connecting the park with the neighborhood to the north. 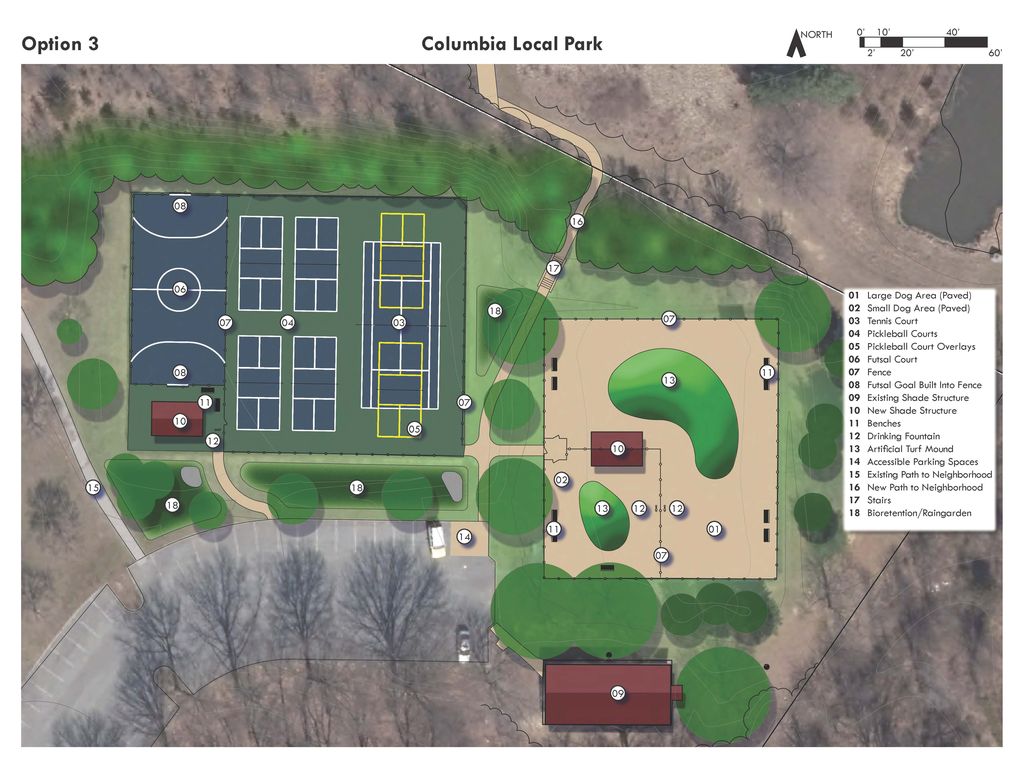