Sunset Neighborhood - What do you think about the zone change to allow for a 40-lot subdivision?

Robert Sunderlage is requesting a zone change from agricultural A1.5 to residential R1.7 to allow for a 40-lot, single-family residential subdivision for property located at approximately 1164 South 1600 West in the Sunset Neighborhood. This is a proposed subdivision of two existing lots in the southwest portion of Provo City. The total area included in the development would be 14 acres. The development would front onto 1150 South and 1600 West and lie just north of Lakeview Parkway. Mos tof the proposed lots (29 of 40) would exceed 9,000 square feet. 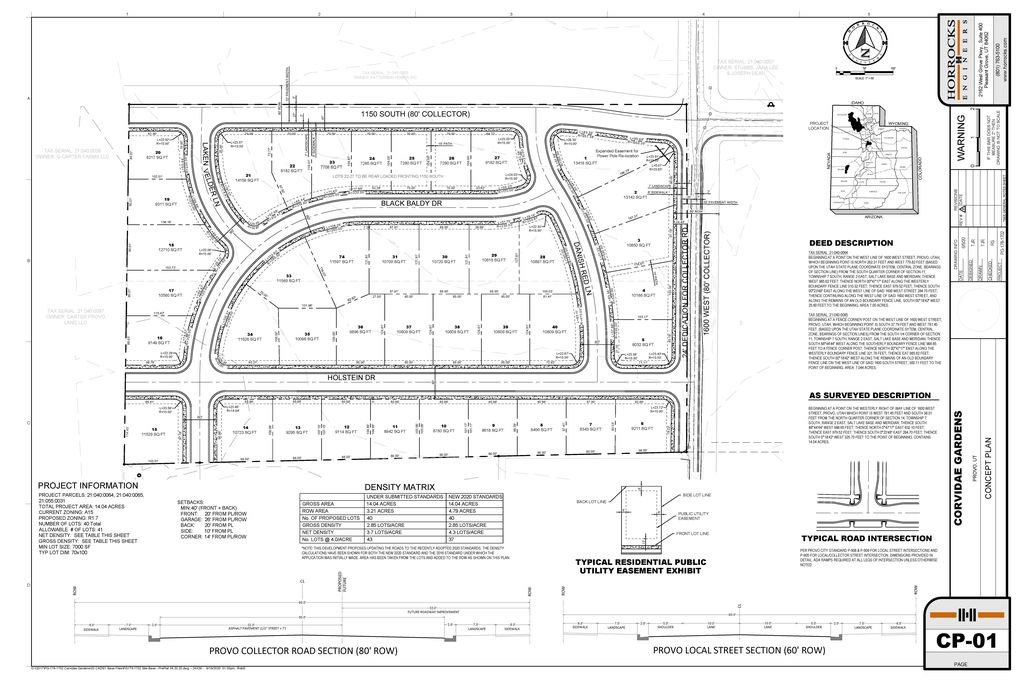 The applicant met with the neighborhood earlier in the process and proposed a different set of plans which included higher density. Those plans were deemed unacceptable as they exceeded the allowable area plan density which has since been formalized by the City to allow for four units per acre. The applicant has adjusted their site plan to accommodate the vision for southwest Provo.

Several neighborhood meetings have been held, the most recent having been on February 6, 2020. It is now scheduled for the August 12 Planning Commission meeting. Because it is a zone change, it will also need to be heard by the Provo City Council.

This topic has 12 visitors and 2 statements.