Lakewood Neighborhood - What do you think about the proposed zone change for Heron's Landing?

Chris Ensign is requesting to change the zone of a property at 901 W 1560 S in the Lakewood Neighborhood from Residential Agriculture (RA) and Agriculture (A1.5) to One-Family Residential (R1.7) to build a subdivision currently referred to as Heron's Landing. The total property area includes 18.4 acres. The current legal use is two active and one abandoned residential dwellings; agricultural grazing and other agricultural uses. The proposed rezoning of this property was originally submitted in 2016, but was delayed by the developer due to the City not being able to confirm its ability to provide sewer capacity for developments in the southwest area of Provo. 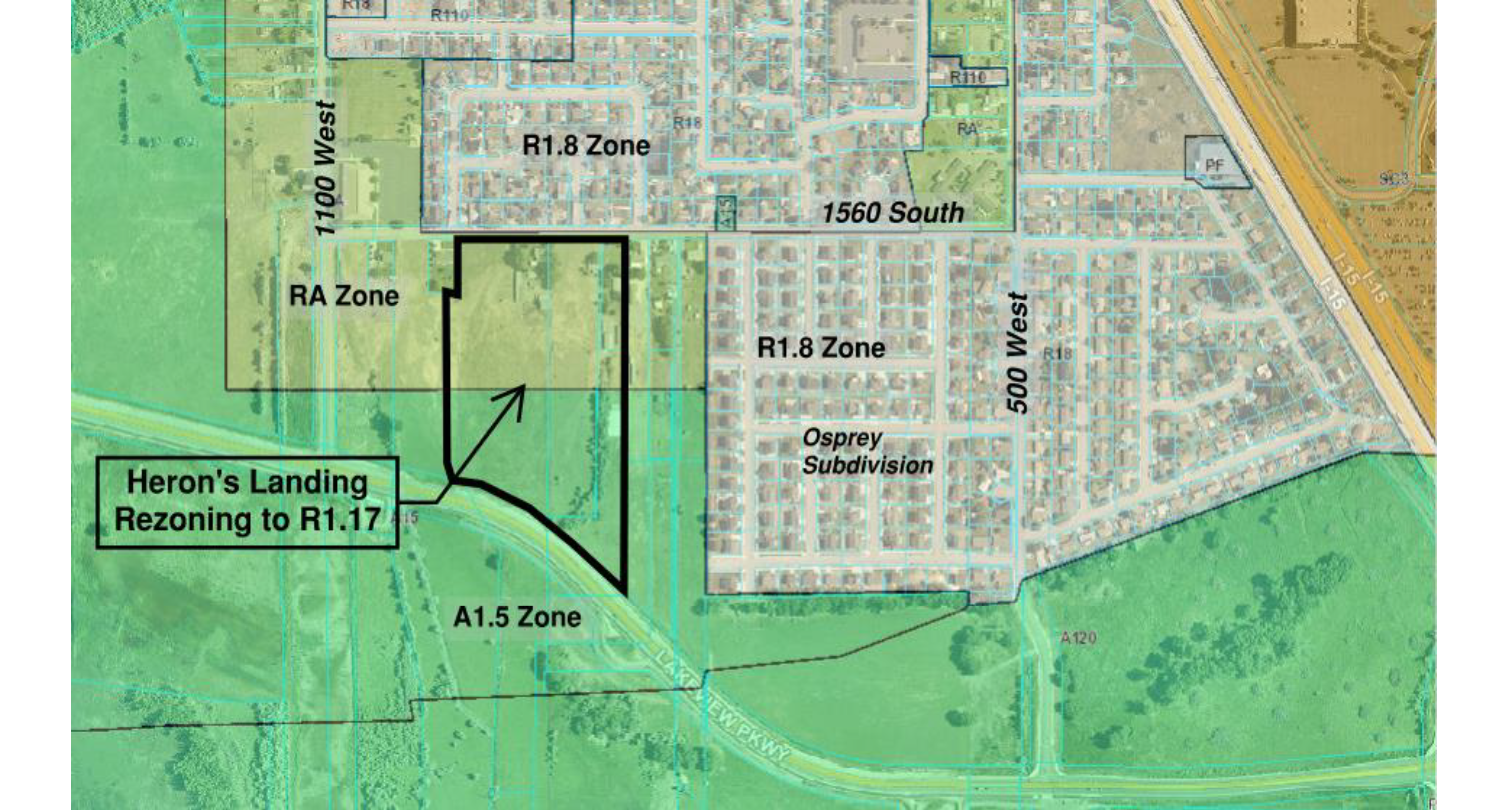 The rezoning woulde facilitate the development of a residential subdivision that would contain approximately 54 single-family residential lots. The proposed concept plan would comply with the maximum density of four units per acre (net) called for in the Westside Development Policies. The current land use designation in both the General Plan Map and the Southwest Area Land Use Map is Residential. 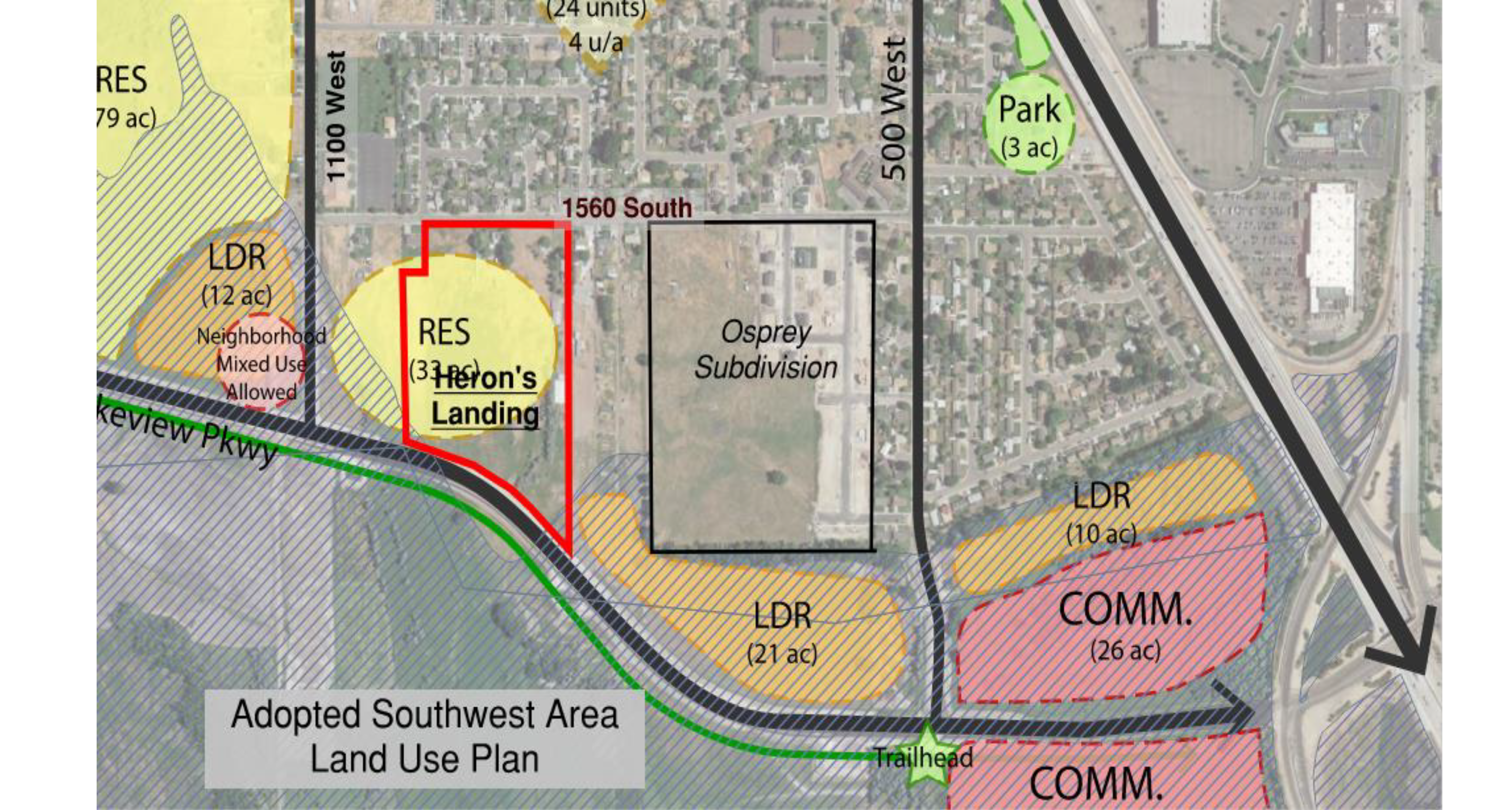 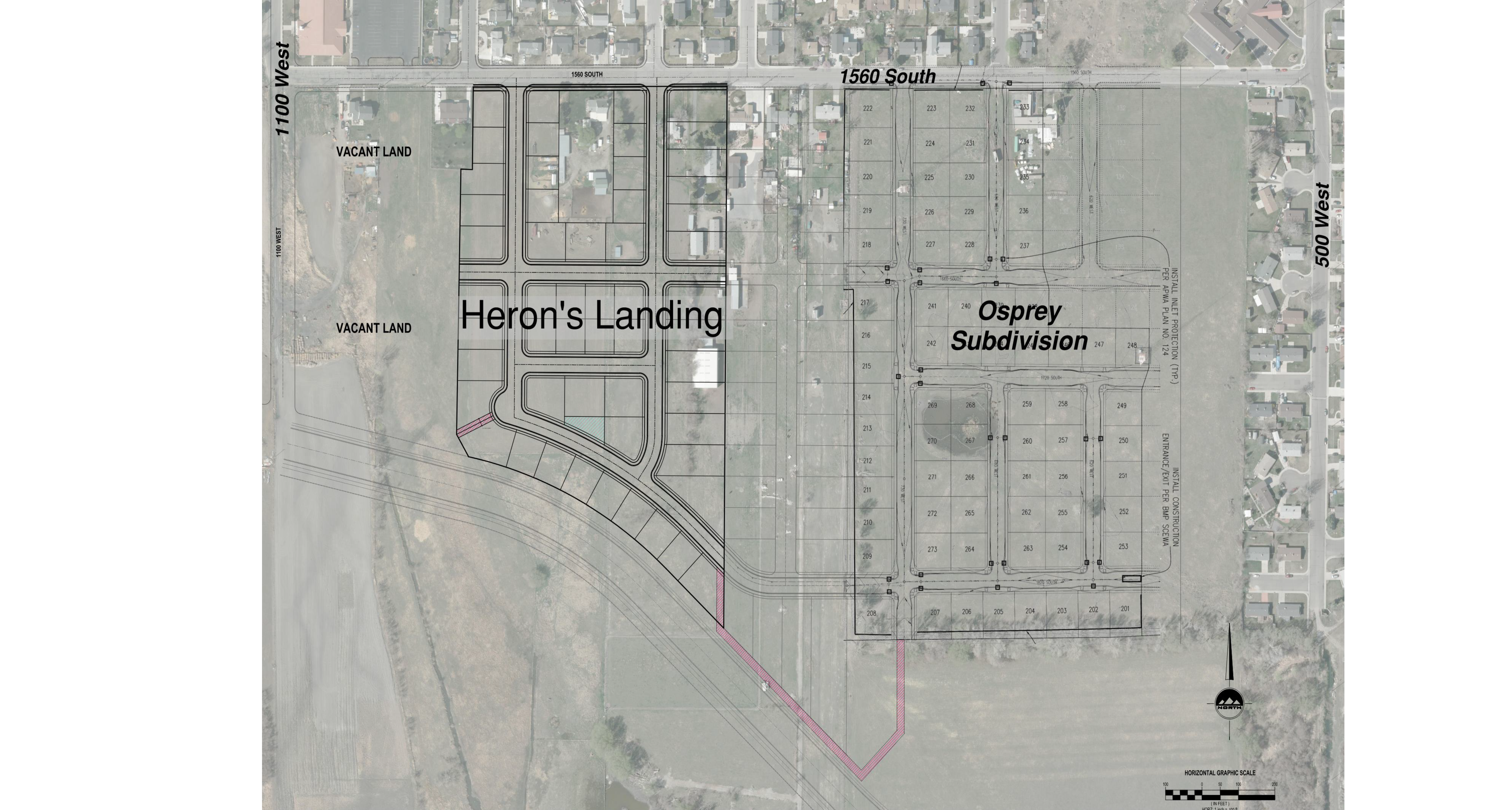 The proposed subdivision is done in a gridded layout with two connections to 1560 South at 810 West and approximately 950 West. Stubbed roads provide for future connections to both the east and west. The eastern stub roads are envisioned to connect to 1660 South and 1820 South in the Osprey subdivision. A concept of the future buildout is included. Like other conept plans, the areas to the east are not required to develop as shown, but are illustrated to indicate how the area could possibly develop and how the roadways could connect in the future. 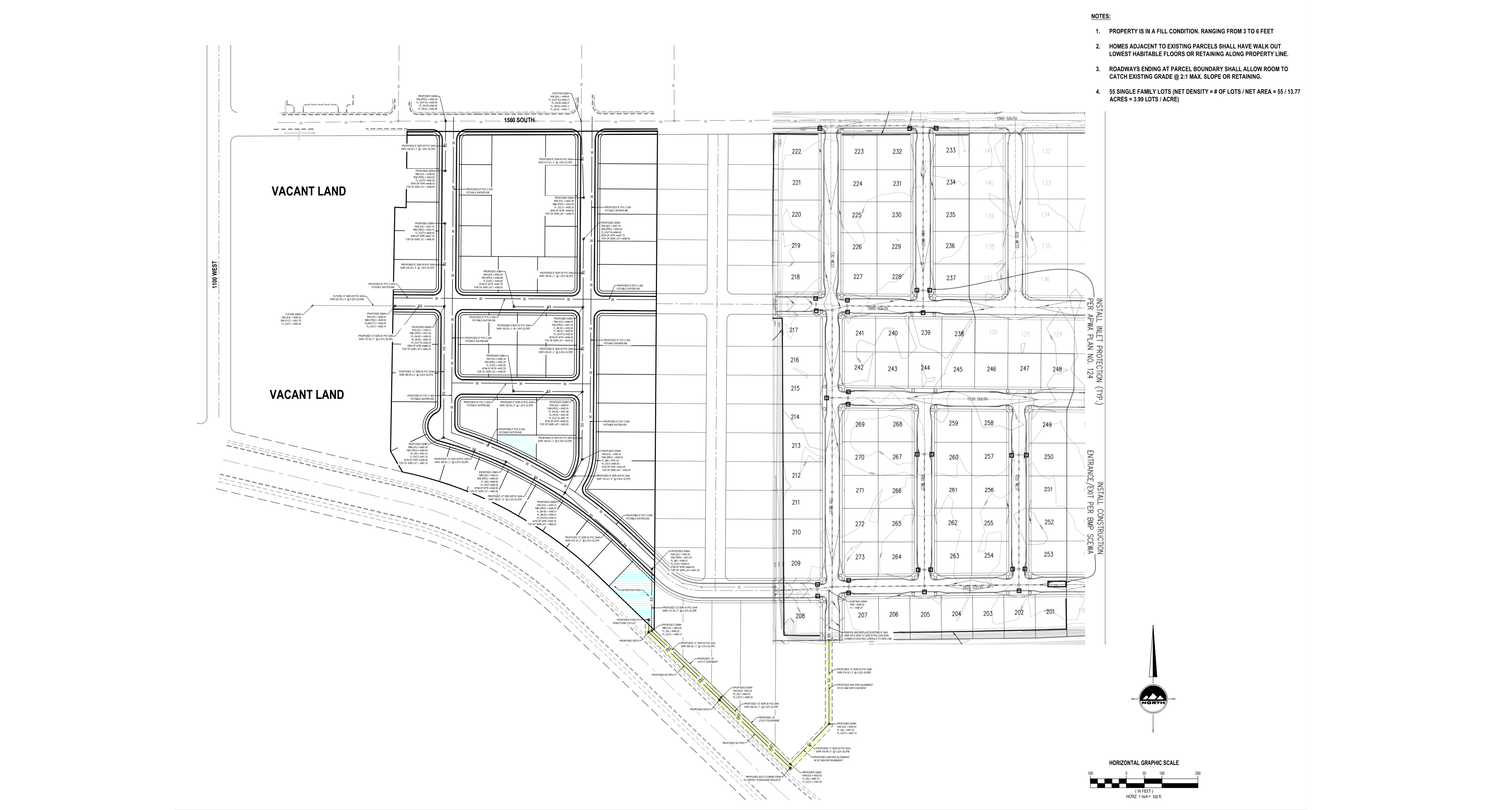 Neighborhood meetings were previously held for a previous (now expired) application for this same project. No neighborhood meeting was held on the new/current application. The Planning Commission hearing was held on May 27, 2020, with a recommendation for approval. The Provo City Council had a first hearing of the item at their meeting on June 2, 2020, and decided to continue it. It will be heard again at the June 16 City Council meeting.

This topic has 58 visitors and 9 statements.