Lakewood Neighborhood - What do you think about the proposed zone change from residential to open space, preservation, and recreation and public facilities zones for Lakewood Park?

The application requests approval of Zone Map amendments for 6.3 acres of property from the One-Family Residential (R1.8) zone to the Public Facilities (PF) and Open Space, Preservation, and Recreation (OSPR) zones. This property is located at 1265 South 500 West in the Lakewood Neighborhood. The parcels owned by Utah Power and Light/PacifiCorp would change from R1.8 to Public Facilities. The parcels owned by Provo City would change from R1.8 and Public Facilities to the Open Space, Preservation, and Recreation zone. This area was previously referred to as Powerline Park and is now known as Lakewood Park. 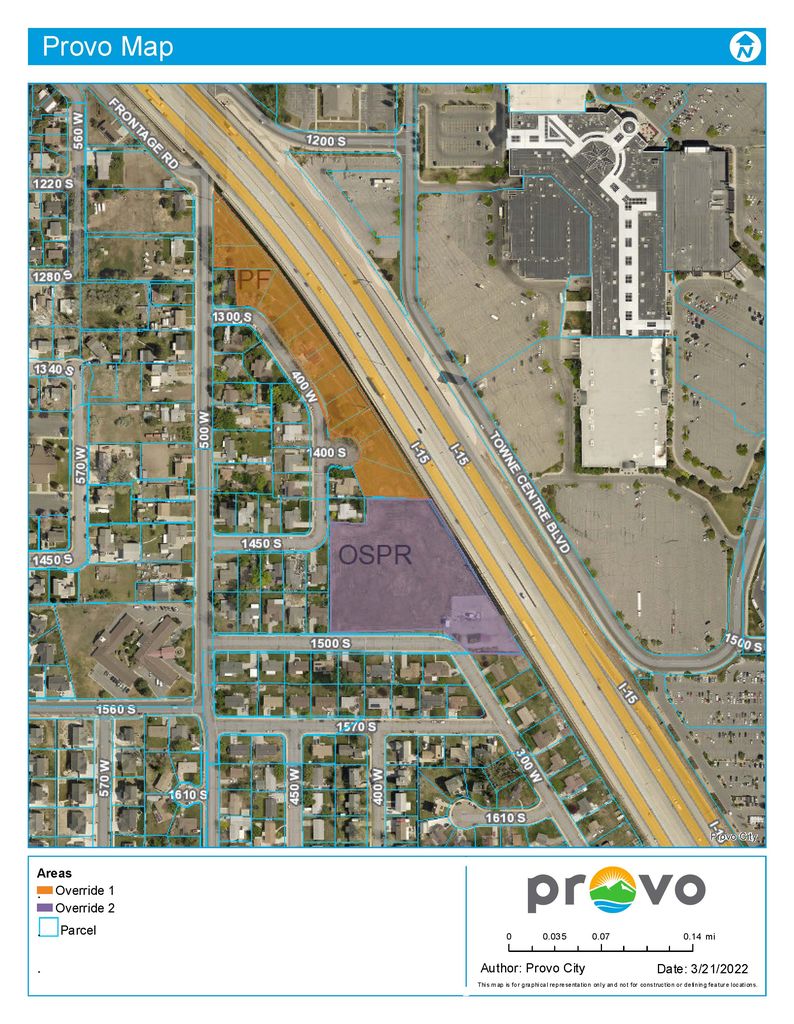 This topic has 123 visitors and 13 statements.