Provo Bay Neighborhood Neighborhood - What do you think about the proposed zone change from residential to commercial for a property at 2075 W Center Street?

No deadline is currently set
Land Use (61)

Steven Turley requests a zone change from One-Family Residential (R1.8) zone to General Commercial (CG) for approximately one acre, located at 2075 W Center St. in the Provo Bay Neighborhood. This part of the project would have frontage and access to Center Street (to the north) and frontage (but only a single driveway access) on 2050 West (to the east). The Southwest Area Future Land Use Map designates this area as the mixed use village center. The larger project from this applicant includes a mix of commercial uses and several housing types and would transition from higher intensity commercial uses (to the north) gradually to medium and lower density residential (to the south).

The zone change request discussed in the Provo Bay Neighborhood meeting is for the General Commercial zone. 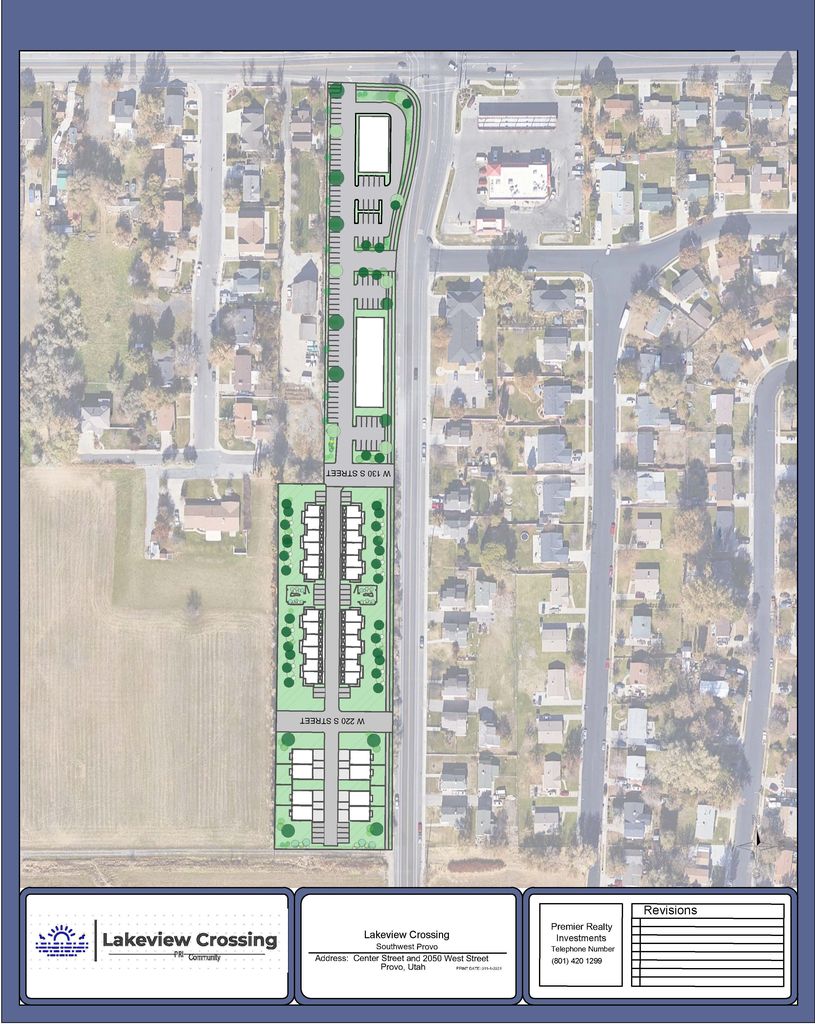 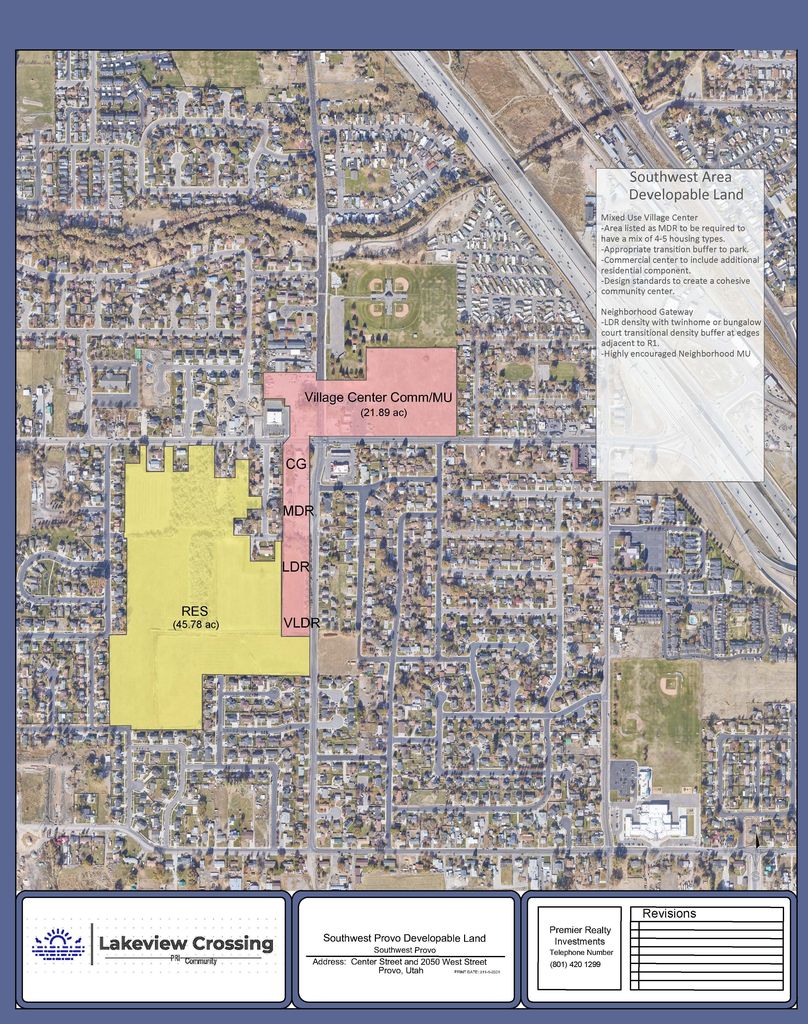 A neighborhood meeting was held in December 2021. The application has been under review of various Provo City departments and will later be heard by the Planning Commission Because it is a zone change, it will also need to be heard by the Provo City Council.