What do you think about a proposed UVX station on 900 East? 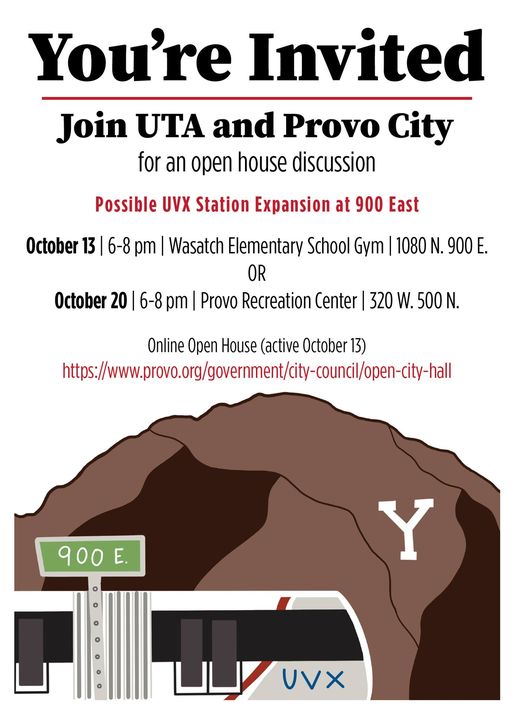 “Public feedback is vital and we encourage residents to participate either in-person or online,” said Provo Mayor Michelle Kaufusi.

The UVX BRT project opened for service on August 13, 2018. In looking at future opportunities to improve service on UVX, UTA estimates that a new station at 900 East could generate an approximate 16% increase in ridership.

These open houses are the first part of a planned public outreach and involvement effort to determine the feasibility and desirability of a new UVX station at 900 East.

This online survey is available for those unable to attend one of the open houses.