What do you think of the proposed General Plan amendment to clarify the existing Westside Development Policies and Future Land Use Map?

This topic is closed
Land Use (48)

Community and Neighborhood Services on behalf of the City Council

Provo City neighborhoods west of I-15

Community and Neighborhood Services requests a General Plan Amendment to clarify the existing Westside Development Policies and Future Land Use Map with a Southwest Plan Intent Statement. The west side of Provo is growing, and residents and City staff have collaborated over the last five years to establish design guidelines to direct future development. Councilor Dave Harding has requested that the Council adopt an intent statement that would (1) reaffirm their commitment to the Westside Development Policies (WDP) and Future Land Use map, (2) request assistance from the Planning Commission in drafting ordinances to accomplish WPD 3.a, (3) change the density of four units per acre from net to gross, and (4) clarify where WDP 3.a-d apply and give examples of desired development patterns. 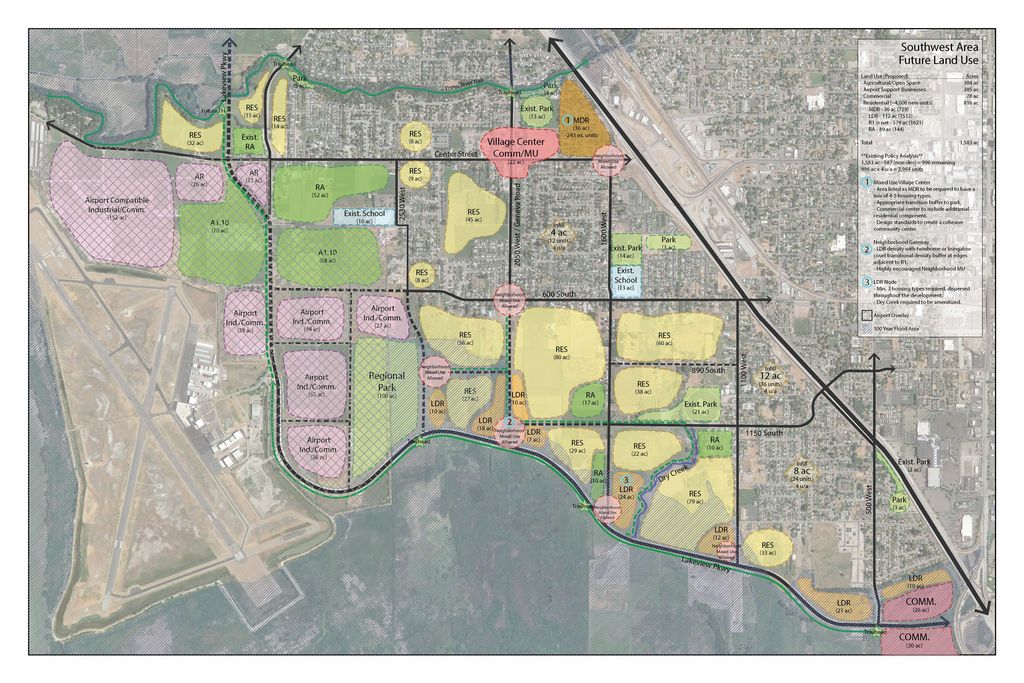 The Municipal Council of the City of Provo, Utah reaffirms our intent to implement the previously adopted Westside Development Policies and the Southwest Area Future Land Use Map, and adopts this statement to provide additional clarity as to our intent. 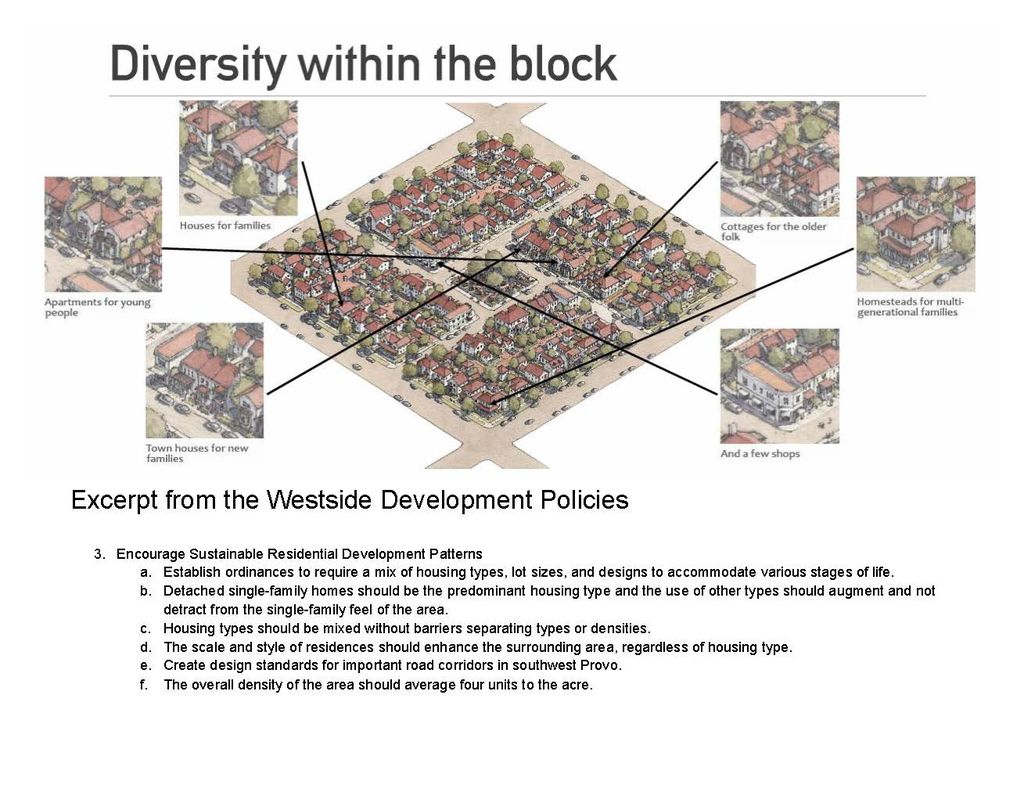 No neighborhood meeting was required for this project because of the exemption for applications filed by Provo City. The Planning Commission hearing is scheduled for July 28, 2021. Because this is a zone change, it will also need to be heard by the Provo City Council.

This topic has 192 visitors and 17 statements.