As part of the bond projects initiative, the City of Asheville is preparing to replace sidewalks on Vermont Avenue in West Asheville. This project focuses on pedestrian enhancements, including Americans with Disabilities Act (ADA) improvements and crosswalk improvements.

This project is scheduled for construction in 2020. 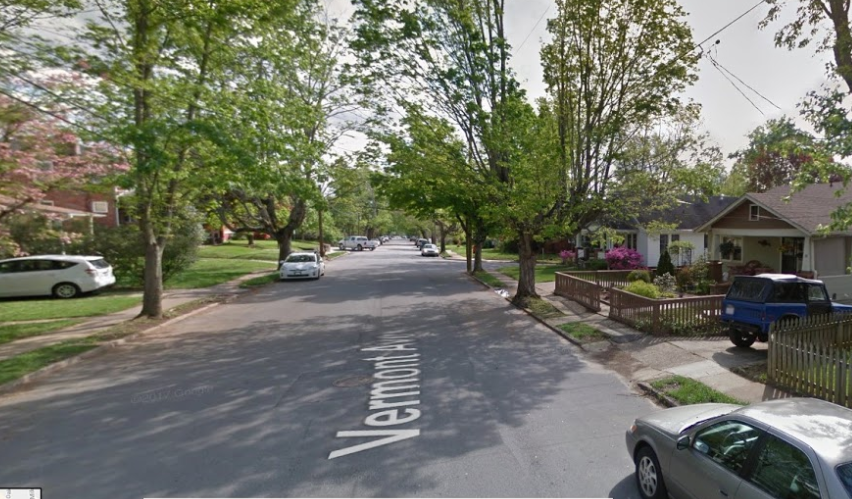 The sidewalk project, however, poses some challenges.

Built many years ago, the Vermont Avenue sidewalk does not conform to current ADA
and City standards for width. Vermont Avenue also has large trees lining the street.
Over time, the tree roots have damaged the existing sidewalks.  The trees are now aging, rotting and in decline, and so must be removed. That will be a part of this project.
The City cares about tree canopy and preserving neighborhood character
and is looking at options for tree replacements.

There are also choices to be made in terms of whether to replace the existing sidewalk on both sides of the street, or replace sidewalk on one side of the street and extend it down to West Asheville Park for greater neighborhood connectivity.

During an October meeting, residents were invited to give feedback on design options
for this project. Using that feedback and keeping within budget, several design options have been drafted for review in this survey (link below). Input from this survey and a June 24 community meeting will be taken into consideration as staff draft a final design, which will then be presented for another community review.

PLEASE SCROLL DOWN TO TAKE THE SURVEY.

Thank you in advance for your participation!

This topic has 191 visitors and 35 responses.