Click this link to optimize Engage in Oakley for screen readers Skip to Content
This Open Town Hall forum will be intermittently unavailable from 5 PM to 6 PM Pacific Time on Sunday, August 22 due to system maintenance. We apologize for any inconvenience this may cause.
Recreation Center at the Moura Property

How can the City begin to plan future Recreation Center facility needs, in a manner that maximizes the most utility to Oakley residents, within constrained funding? 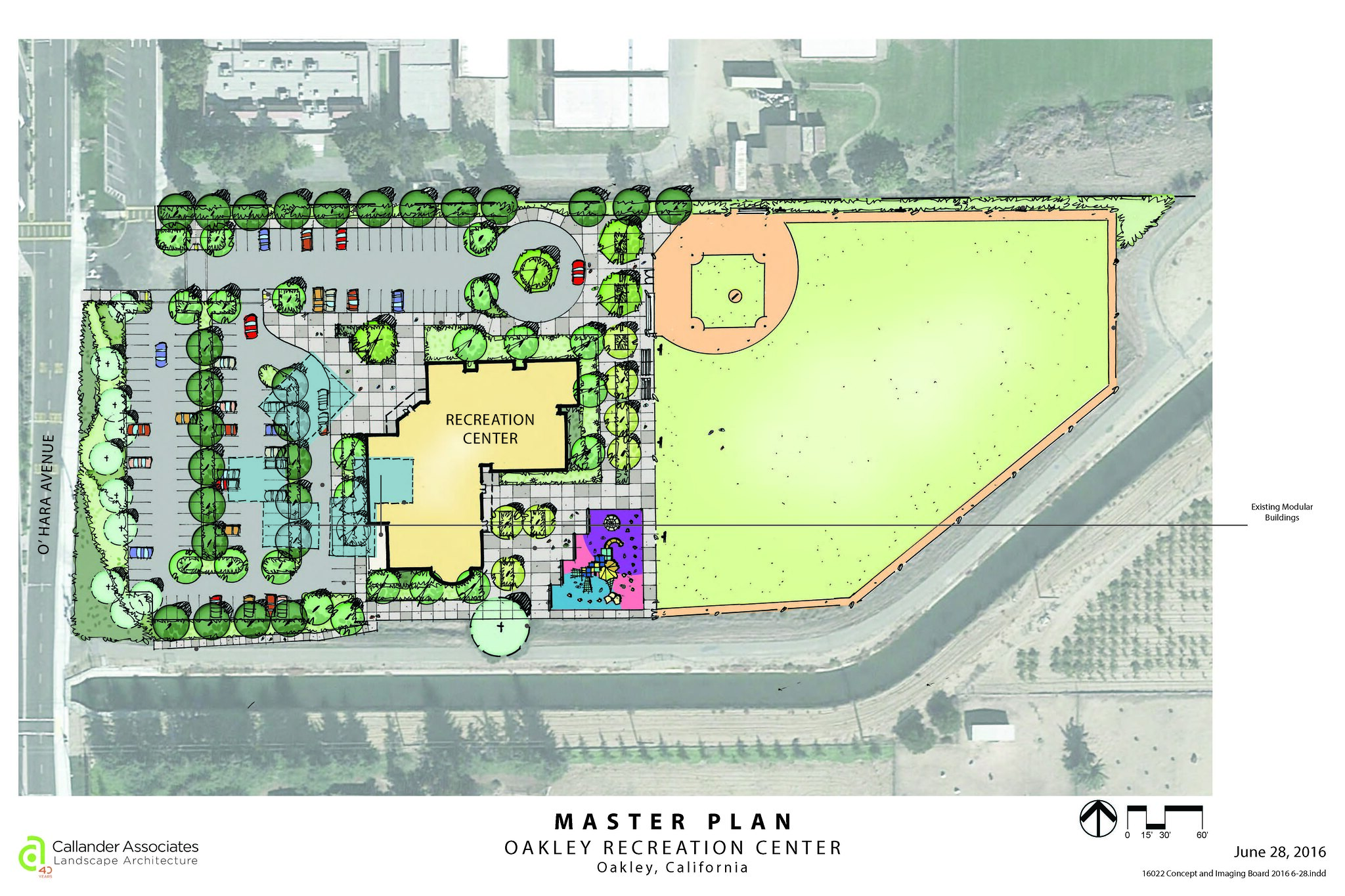 The property located at 1250 O’Hara Ave was acquired by the County from the Moura family for “parks, recreation and related public purposes” prior to the incorporation of the City. Upon Incorporation in 1999, the property was transferred to the City with a vision that it would be a potential site for community-like amenities and other park and recreation activities.

In 1997 an Oakley Recreation Needs Assessment Feasibility study was conducted that focused on having a Recreation Center on the site. Community surveys, meetings and forums were conducted to gather input as part of the study. The study highlights the most prevalent comments from the workshops which was that a Recreation Center be constructed to include: large multi-use room, small meeting rooms, teen room, food sales, outdoor recreational uses, trail access, visibility, assembly hall, teen activities and affordability. Additional community input was gathered after Incorporation through community meetings and surveys in both 2001 and 2002. The feedback received again supported the need for a community/recreation center with large and small meeting rooms, classrooms, a kitchen, outside gathering spaces, and trail connections. At about this time a “Moura Community Center Subcommittee” was formed and through additional community surveys the Subcommittee determined “a recreation center for youth and family activities” was the highest priority of the respondents.

In 2004, the City entered into a partnership agreement with the Mt. Diablo Region YMCA, who committed to install five temporary modular buildings for recreation programming, with a commitment to within 5 years build a large recreational facility on the property. The Mt. Diablo YMCA was unable to fulfill this commitment, fell into bankruptcy and vacated the site in 2010. The City acquired the five temporary buildings and for the past five years has programmed the modular buildings with classes, summer camps, and the afterschool program. These buildings are also available for rental by residents and community groups. The Oakley Recreation Buildings (“ORB”) are the only buildings that the City has to offer such programs and classes.

The temporary modular buildings are aging and now requiring frequent repair. Knowing this, the City has been setting aside some capital project funds as a reserve to be able to replace some or all of the temporary buildings. Also, through a bond refinancing, the City has identified some additional funds for a first phase of construction of a permanent recreation center facility. (It is important to note that these the funds from the bond refinancing cannot be used for operational costs). Most recently, the City also received a small grant that would pay for the design of a multi-purpose turf area, an additional parking and new traffic signal at the entrance to the site.

Recognizing the temporary nature of the existing buildings, whose frequent use is apparent, the City is contemplating construction of a building with a multi-purpose room adjacent to the modulars. This building in and of itself will prepare us to continue to have a to offer recreational programming in addition to the modulars until they are no longer useable (probably 5-7 years). As funding becomes available in the future, we would add to this building in future phases. Due to the limitation in available funding, we want your input as to how to accomplish the most utility out of this initial phase of work. Using the Moura property as the site of the Recreation Center reduces the cost of the project as there would be no land acquisition costs. There is no other City owned property now available for such a facility.

Keep in mind, the estimated overall cost to complete all components for the entire site would likely exceed $20 million dollars and take many years to complete, depending on what is included.  The existing funding now available is $8.2 million (stemming from the grant, capital project reserve funds and the bond refinancing).  The City is seeking your input to help determine the best uses and phases for the site.

What kind of facility, amenities, and programs will meet the needs of today and the future?

This topic has 224 visitors and 27 responses.