This survey is intended to gather user's thoughts and experiences regarding the separated bike lane pilot project on Beaver Street and Butler Avenue in Flagstaff.

Vertically-separated bike lanes were installed along two streets in central Flagstaff in late 2021; on Beaver Street generally between Forest Ave and Butler Ave, and along Butler Ave between Milton Rd and Sawmill Rd. For the pilot project, bike lanes along both streets were separated from vehicle lanes via a row of concrete curbs and plastic delineators. 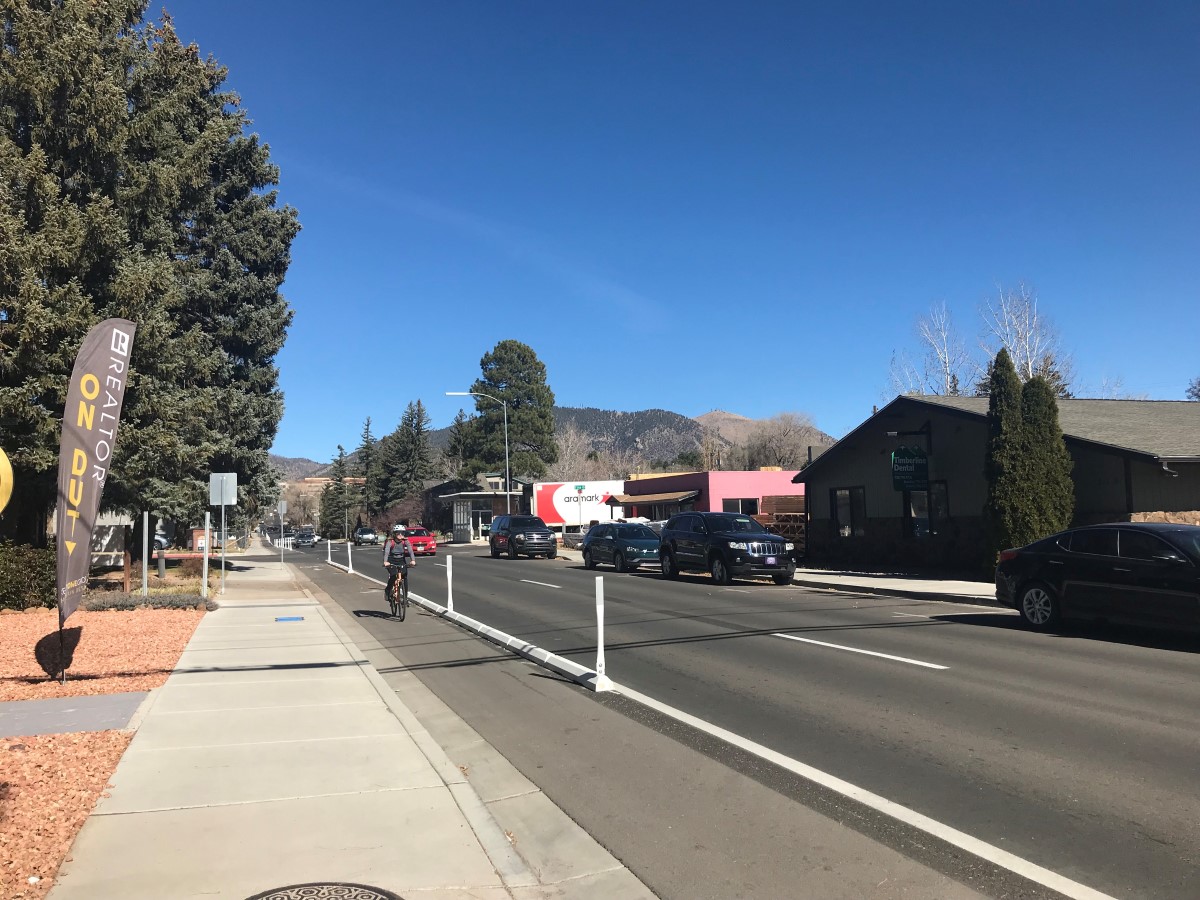