Please tell us whether you support creating an underground utility district in this location.

Alameda Municipal Power (AMP), which administers the city of Alameda’s undergrounding program, is conducting a survey on a proposal to move overhead utility lines underground in two areas of the city. Undergrounding of utility lines consists of placing overhead lines – including electric, telephone, cable television and other telecommunications -- underground in a trench beneath the street. Connections to homes and businesses in the area would also be undergrounded.

Residents and owners within these two proposed areas are receiving this survey because they will be impacted by the construction work to move the utility lines underground.  The technical advisory committee for the undergrounding program plans to make a recommendation to the Alameda City Council to do the construction work in these areas. After approval, the design phase will take up to 18 months, followed by twenty four to thirty six months for construction.

There is no cost to property owners unless their service lateral exceeds 100 feet. Existing funds will go toward the project. AMP sets aside 2 percent of its gross electric revenues each year for undergrounding projects.

Your property/residence is within the proposed area defined as:

Click here for an interactive map showing the proposed areas for undergrounding. 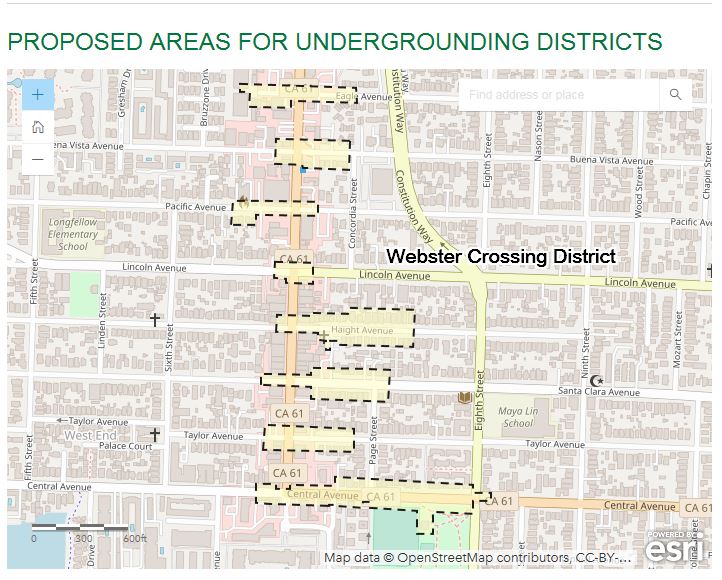 This topic has 47 visitors and 17 responses.