Subscribe to Announcements from the City of El Cerrito

Get announcements of new topics and important updates to existing topics from the City of El Cerrito in your RSS reader or emailed to you as a daily digest.

Statements are emailed at most once per day (in the morning).

Manage your subscription in your RSS feed reader

Check out some recent announcements

Help imagine the future of the El Cerrito Library. 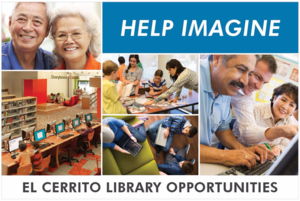 The City of El Cerrito is continuing the planning of our library’s future. Last year we heard the community’s strong support for the library in your feedback and at the ballot box.

By participating in this short survey, you are helping us understand El Cerrito Library’s needs and growth priorities. 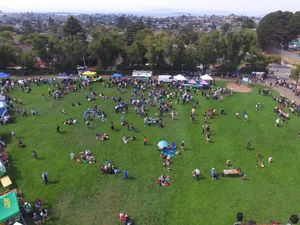 Share your feedback on El Cerrito's Parks and Recreation Facilities!

Your input will help ensure that we are working to preserve and maintain what you need and like most about El Cerrito's parks, recreation facilities and programs and open space - and that we plan for the future based on the community's priorities.

Click here and take a few minutes to give us feedback about the parks and recreation facilities in El Cerrito. Thank you!

Thank you to the community members and local business owners who provided feedback on this issue, either online or at a meeting.

<p>On November 3, 2015, City Council introduced an ordinance which would establish a local minimum wage in El Cerrito starting in 2016, with stepped increases to raise the rate to $15.00 an hour by 2019.

<p>The Council will consider adopting the minimum wage ordinance (second reading) at their meeting on  November 17, 2015. If adopted, starting on July 1, 2016, the City Minimum Wage Standards will require all employer to pay their employees at least the local minimum wage for the hours worked within the City of El Cerrito, regardless of where the employer's business is based. (Employees who work less than 2 hours a week within El Cerrito are exempt.)

<p>Follow the link for more information.